Deliver targeted improvements to your security posture with a threat-centric approach, identifying vulnerabilities, misconfigurations, and control gaps that can be exploited by attackers.

Typical security projects are performed in isolation and rarely consider the “big picture” of how, where, and why an attacker will target your business, or what they ultimately hope to gain. Deliver targeted improvements to your security posture with a threat-centric approach, identifying the vulnerabilities, misconfigurations, and control gaps which can be abused to cause real harm to your business.

Not all security issues can be simply fixed or remediated. As such, it is widely accepted that a secure network requires a combination of prevention, detection, and response controls to combat modern attacker tooling and tradecraft, and compensate for the inherent security weaknesses that are caused by legitimate business processes and innate functionality.

You understand your network better than any attacker. Combined with our offensive and defensive consultancy expertise, we can collaboratively improve the security of your network by implementing, by hardening the most prevalent paths to your critical systems and data. We deploy tactical mitigations to increase network visibility, improve your level of control, and reduce susceptibility to specific threats.

The list below isn’t exhaustive and we regularly combine elements (and add new ones) to create custom solutions, solving unique challenges and delivering specific outcomes for our clients.

An attack path map is a graph of the component actions which an attacker must perform to achieve a malicious goal.

Understanding what an organisation must defend using attack paths facilitates an accurate understanding of which systems, technologies, processes, and users are most likely to be targeted, and how they are most likely to be abused. Mapping the most prominent paths enables the implementation of targeted prevention, detection, and response controls to effectively harden the network against threats.

Attackers rarely target a specific application or component in isolation.

Understanding an attacker’s actual objectives helps to contextualise security testing activities by focusing on the vulnerabilities and misconfigurations that would assist an attacker in achieving their goals, and result in real harm to the business. We model the threats to our clients to ensure that security projects they undertake are aligned with how, where, and why they will be targeted, resulting in improved security outcomes.

It’s only possible to secure what is known. But as networks evolve, maintaining visibility of your attack surface is more challenging than ever.

Vulnerability exploitation at the perimeter remains one of the prominent initial compromise vectors, with 0-days weaponised and exploited in a matter of days, hours, or even minutes. By mapping the attack surface and evaluating its susceptibility to threats, organisations can not only understand where they are vulnerable now, but where they may become vulnerable in future.

User directory services are made up of complex sets of permissions and roles which are prone to abuse as a result of misconfiguration or inherent weakness created by business processes. Weak domain controls afford adversaries trivial access to the levels of privilege and access required to progress an attack. Understanding and hardening domain configuration is core to robust internal network security.

As digital systems and technologies continue to evolve, it is vital to build-in security from the outset to ensure security-by-default, avoiding embedded security flaws which can be costly to rectify later.

We can assess the security of your network and devices during both design and implementation to ensure they meet your security requirements, identifying and either eliminating or mitigating insecure configurations that are susceptible to abuse by an attacker.

The cyber security products and services marketplace is saturated with competing product types and definitions.

Buyers combining these off-the-shelf solutions often end up with a generic, decentralised, and disconnected cyber defence capability. We can help you to understand which products add real security value, and those which don’t – helping you to streamline your stack and maximise the value of your existing tooling, reinvesting in the areas which will enable you to achieve your desired security outcomes.

Human-driven cyber security protection, detection, and response designed for your business; providing round the clock defence that is tuned to combat the threats you face. 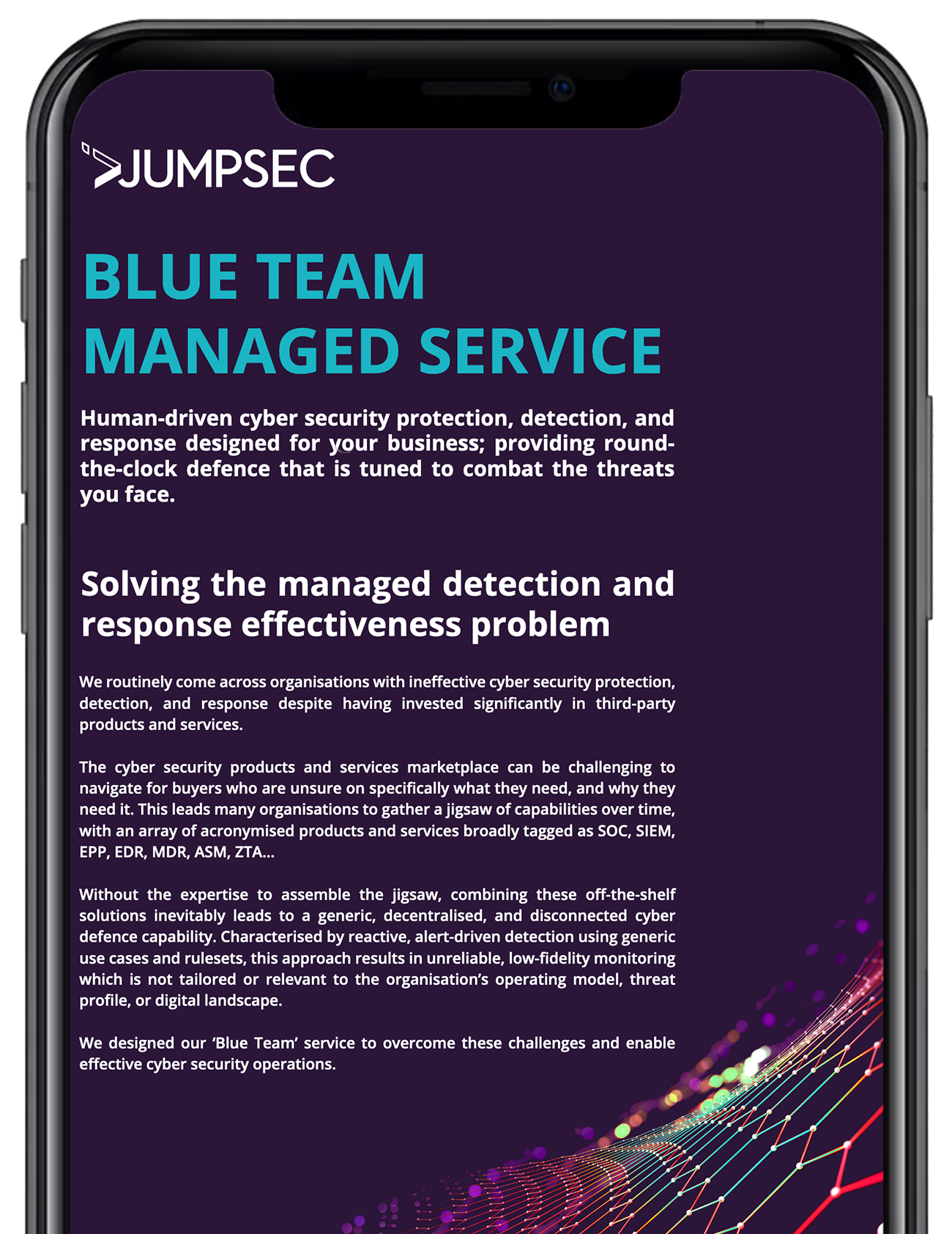 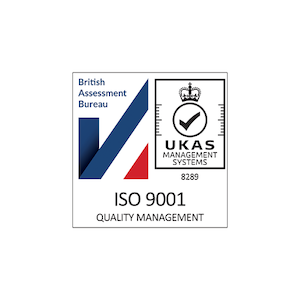 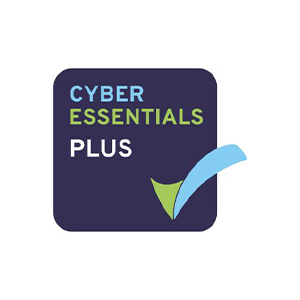 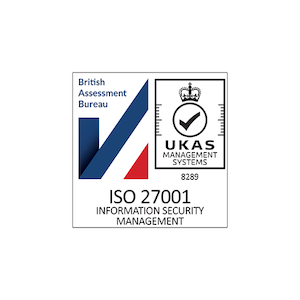 What they've said about us

“Whether we’re developing our security strategies, assuring our development lifecycle processes or continually improving our SOC activities, having industry leader JUMPSEC by our side as our security partner gives us the confidence to move forward in an increasingly challenging environment.”

“JUMPSEC consistently provides high quality and reliable support, demonstrating expert knowledge in their field and composure in challenging situations, which gives us full confidence that they are the right security partner for the job!”

“They don’t just give you something out of a box; they’re quite willing to work with you to provide you with a solution that meets your needs.”

We work to enable effective cyber security for our clients; helping them to future proof their cyber defences and realise genuine improvement over time.